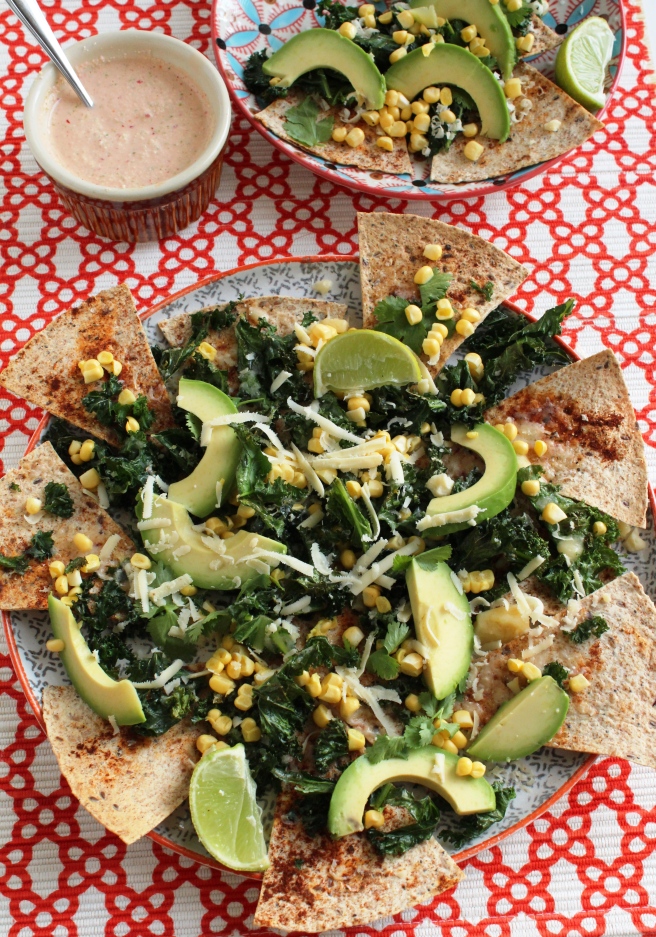 Ok, so after all the madeleines I ate, here is the recipe for a really good salad. I actually eat a lot of salad in order to balance out the number of cakes! I had this salad just on its own as the tortillas make it fairly substantial but my partner had it with a piece of salmon. I’m not usually a fan of sweet corn, but this corn of the cob was sweet and crunchy, nothing like the tinned stuff. I loved the avocado, but the surprise star of this dish was the cashew nut cream. I used a red chilli in mine as I didn’t have a green one. The kale made me feel very virtuous before the melted cheese brought me back to reality. According to the recipe information, this salad has 500 calories per serving, just in case you are counting! You can find the original recipe in Sainsbury Magazine, August 2015.

2 limes, plus extra for serving

2 sweetcorn on the cob 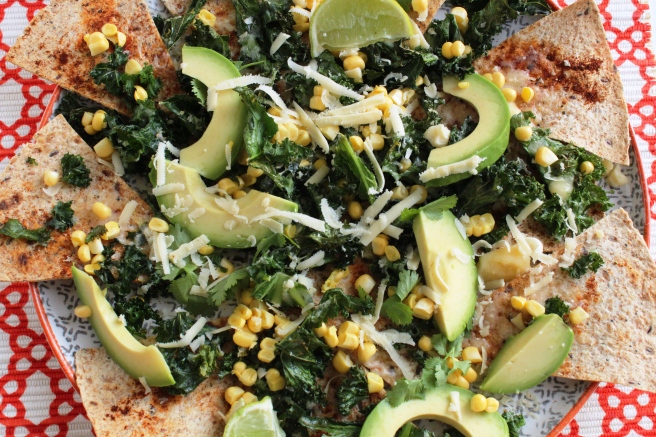