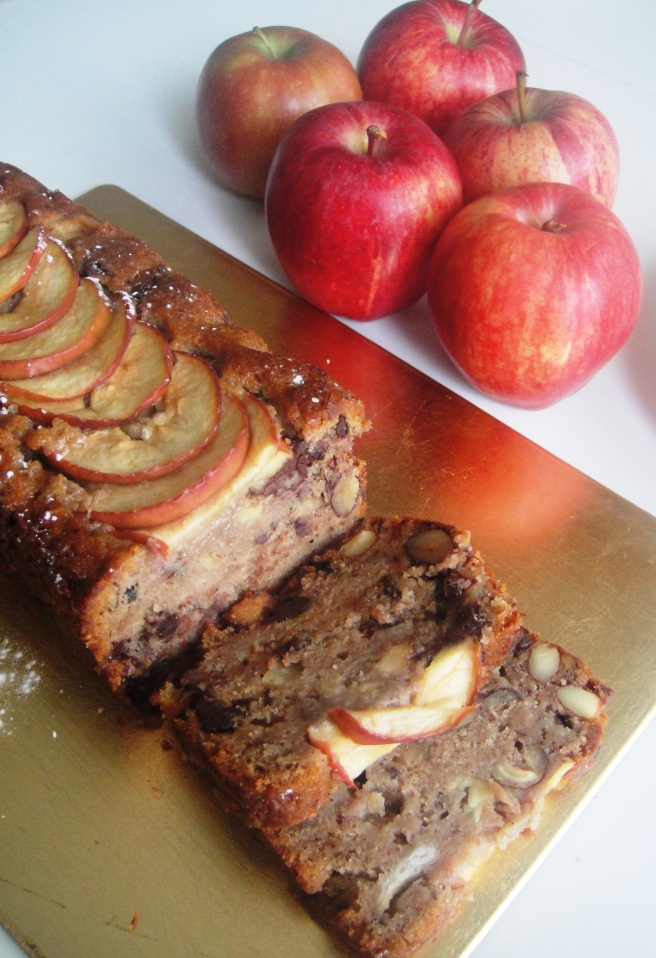 This recipe is from the Hummingbird Bakery cookbook. C’s mum wasn’t feeling very well and so I thought some cake might help. She loves her cake but favours the simpler styles rather than the flamboyant. It was C who suggested the apple theme. I think he probably fancied a piece himself. I was quite surprised by this recipe as it says to leave the mixture for a few hours or over night before baking, I’m not too sure why this is. Anyhow, this came out very moist and wintery. I love the pieces of chocolate dotted through the cake. It’s also well worth the effort of toasting the nuts as it really brings the flavour out.

1 tablespoon baking powder (I misread the recipe and only used 1 teaspoon, it turned out fine and looked just like the picture in the book.) 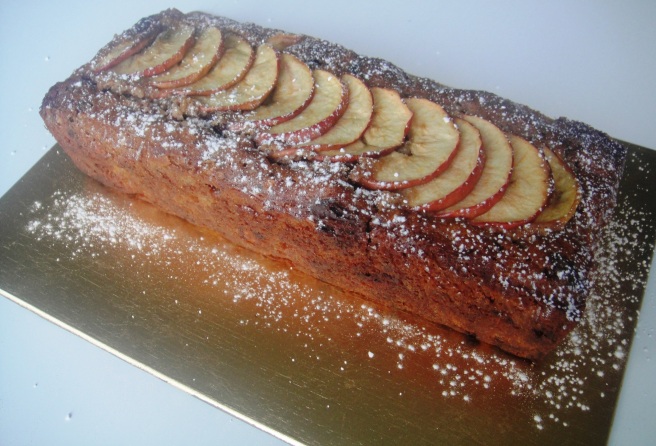 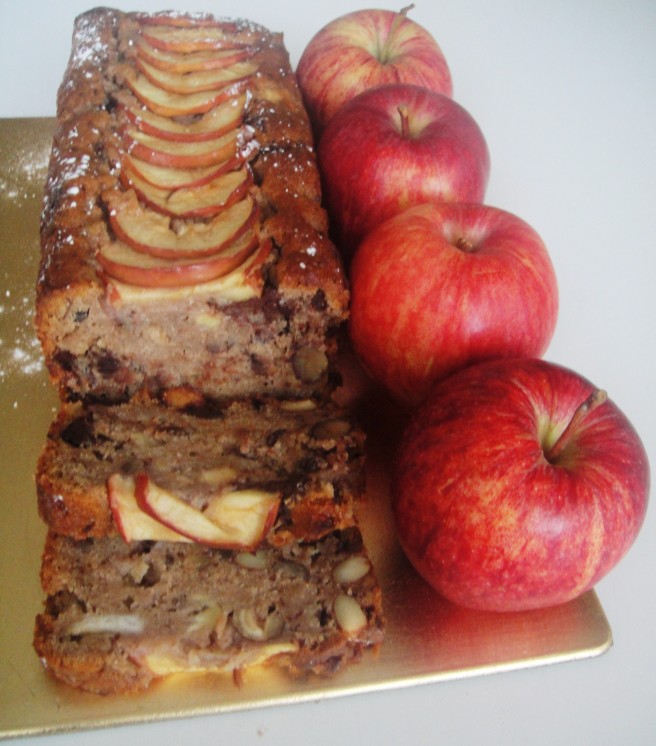 One thought on “Nutty Apple Loaf”