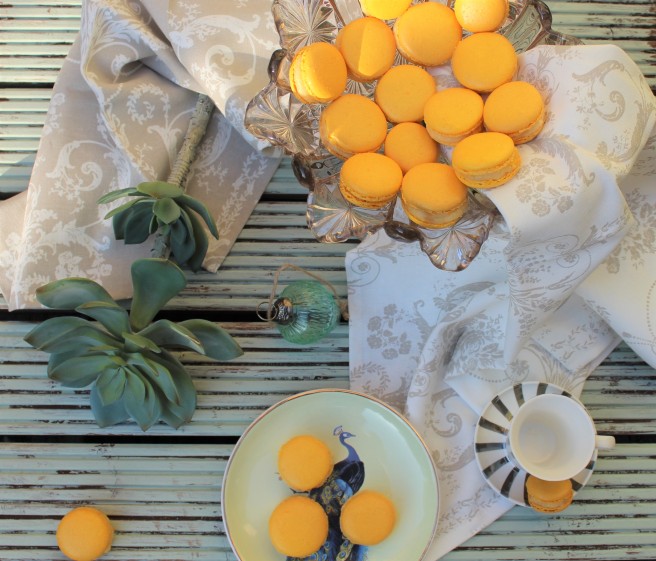 I know many people think that macarons are a fad, but not me. I still think they are the perfect morsel of a deliciously decadent treat. So for my birthday this year I wanted to brush up on my macaron making skills and develop a macaron using bergamot. Bergamot is the citrus fruit that is used to flavour Earl Grey tea but you don’t often see them in the supermarkets.  When I came across some in Waitrose at the beginning of the year, I bought 6 not knowing what I would do with them. Well, I didn’t do anything with them. I found out the season was really short and that the flavour can be very overpowering. I decided to zest and juice them. I froze the juice in ice cube trays and wrapped the zest in baking paper then placed them in a container and put it in the freezer until I had a game plan.

So here is my game plan. I used the lemon birthday macaron recipe I posted in 2016 and replaced the lemon in Pierre Herme’s recipe with the bergamot. I also ended up adding extra bergamot zest to the bergamot cream so there was enough Earl Grey flavour to make me happy, but they were still quite lemony, pleasing the Earl Grey phobes.

For the bergamot cream